Growing Our Economy and Creating Jobs

Canadians have learned they can trust the Conservative Party to:

Balancing the budget and living within our means allows government to invest in programs we need, protect the vulnerable and make life more affordable for Canadians.

The Trudeau Liberals broke their promise to only run modest budget deficits in their first two years. The Federal deficit has increased by $71 billion since Trudeau become Prime Minister in 2015. Our national debt is spiralling out of control and the Liberals have no plan to eliminate it. These massive deficits threaten the sustainability of our social programs and increase taxes.

My fiscally responsible Liberal friends do not recognize their party.

The Trudeau Liberals said they would help the middle-class. Instead, they have raised taxes on 80% of middle-class Canadians and brought in a carbon tax that makes everyday essentials more expensive.

I am committed to using your hard-earned tax dollars to invest in programs that benefit people NOT pay interest on government debt and make your life LESS affordable by raising your tax burden. 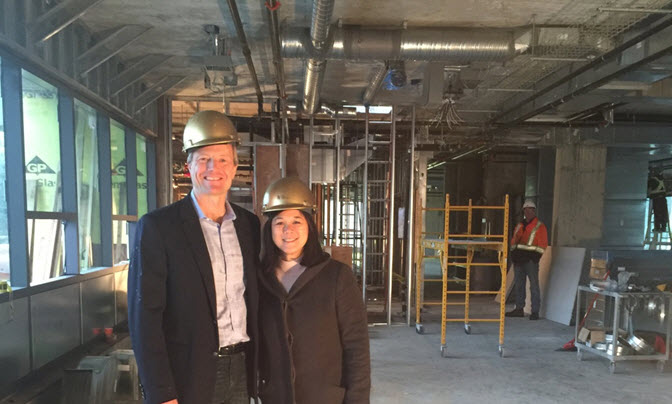 In contrast to the Trudeau Liberals, the NDP under Jagmeet Singh, and the Greens who support deficit spending and tax increases, a Conservative government will create the conditions for local businesses to hire people and expand.

The key long-term solution to many social issues, affordability and helping those on the fringes of our communities, is meaningful local jobs. Regular work and pay is so much more than just money – it’s self-worth and a sense of pride that a person is contributing to their family and the social fabric of their community.

Job creation and prosperity means we can make taxes fair and affordable while maintaining and expanding core government programs that we all rely on.

The affordable Vancouver Island of my youth is disappearing. Seniors on a fixed income and workers whose wages have stagnated are struggling with the rising costs of housing, food and gas. Under the Trudeau Liberals seniors and families are getting by, or falling behind, not getting ahead.

Conservatives believe in supporting families and honouring and caring for seniors, veterans and those in need.

A Conservative government will eliminate the GST on home heating and income tax on parental (maternal and paternal) leave. We will eliminate the Trudeau Carbon Tax which will lower the cost of groceries and goods coming from out-of-province. We will also introduce specific measures to help seniors on a fixed income.

Housing affordability, whether to rent or to fulfill the dream of home ownership, is becoming less and less obtainable. Homelessness is on the rise. Over 50% of renters in the Alberni Valley and over 45% of renters in the Comox Valley spend more than 30% of their income on housing (Vitalsigns 2018).

Housing affordability needs to be a top priority for the Federal Government.

A Conservative government will rework mortgage stress test rules and work with the provinces and municipalities to eliminate regulatory barriers that discourage new home construction so more homes will come on the market at lower prices.

Non-profit housing and zoning decisions are primarily in the provincial and municipal jurisdictions and housing supply is largely determined by the investment criteria of private sector developers. However, as your representative in Parliament I believe the federal government should review and consider:

A Real Plan for the Environment

Conservatives care about our air quality, fresh water, wild salmon and the state of our oceans.

Green technology, not taxes is the most effective way to lower Canada’s and the world’s emissions and meet the Paris Targets. Canada can play a global leadership role in green technology to fight climate change.

Canada already has world leading environmental laws and industry regulation. We can do even better. I will work within the Conservative Party to reflect a balanced approach, which I believe is supported by a majority of Canadians who want responsible resource development and world-class environmental regulation.

Click to learn about our Real Plan to Protect the Environment

Click here to learn more about the benefits of the Trans Mountain Pipeline expansion and why I support it.

I grew up in the Mid-Island and saw firsthand the boom and bust some of our communities experienced, including the recession in the 1980’s, and the effects it had on friends and family. If elected, I will work tirelessly to deliver federal government funding to support social and economic infrastructure in our communities. 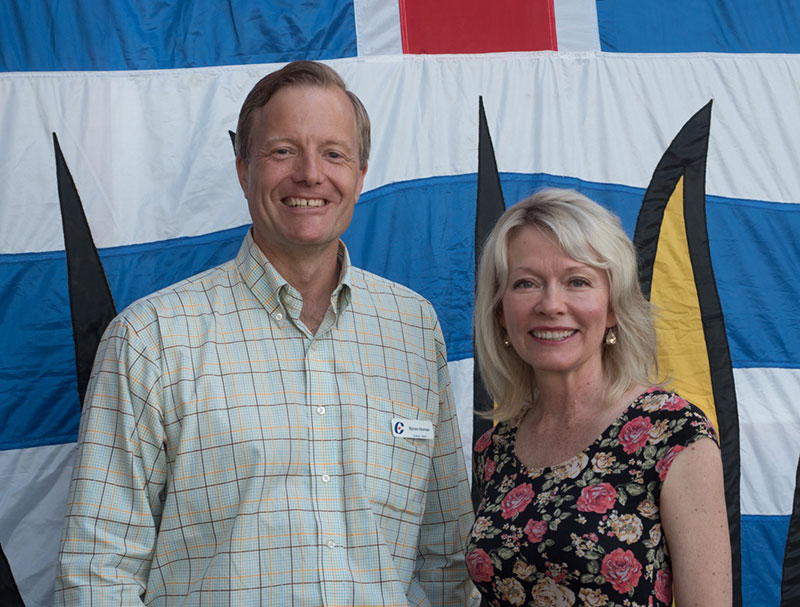 The Liberals have not elected an MP North of Victoria in over 44 years and ignore Vancouver Island.

The NDP have never in Canadian history formed government in Ottawa and Jagmeet Singh and our current NDP MP have no effective political power to deliver any discretionary spending for our communities or change any laws. 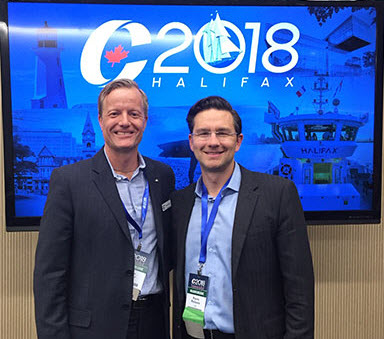 Government will deliver Social and Economic Infrastructure for Courtenay-Alberni.

An MP in government can work with colleagues in caucus and get the ear of the relevant Minister for individuals and riding level issues that need to be addressed and the Minister can get the department to act.

History speaks for itself. Prior to 2015, our region was solidly Conservative and the former Conservative MPs, as part of Conservative governments, delivered millions in discretionary federal spending for many positive investments in our communities, including: 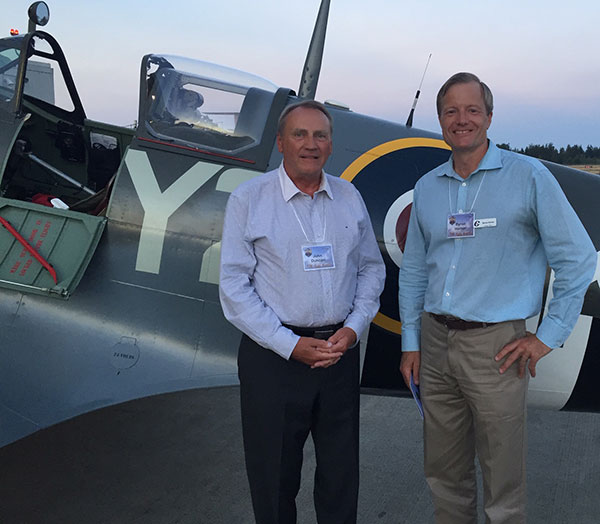 “Byron wants to use his considerable skills and experience to serve the people of Courtenay-Alberni. Byron will be a champion for Vancouver Island” Hon. John Duncan PC Conservative MP for Courtenay for over 20 years

I have listened to members of our communities and, if elected, will work with all levels of government to pursue federal funding towards social and economic infrastructure, including:

I have fond memories of coming to the Echo Centre for swim meets but this picture of me was taken when I was 7 years old – it was already over 10 years old then!

Creating Success for Youth and Millennials 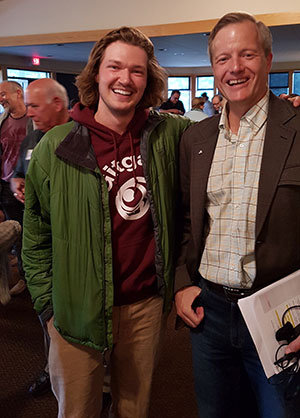 Today, it takes longer for young people to get settled in the economy, to start a 2nd career in their 30’s or to return to work after having children.

We cannot let young people get left behind as the economy shifts to be more global and technology focused.

As a businessperson I understand the current disruption and uncertainty in our economy. Vancouver Island should have the educational, training and work opportunities so Islanders never have to leave to fulfill their dreams. As your MP, I would promote technology, innovation and life-long learning. I would cooperate with all levels of government to expand post-secondary, skills training, mentorship and internship opportunities in our communities. 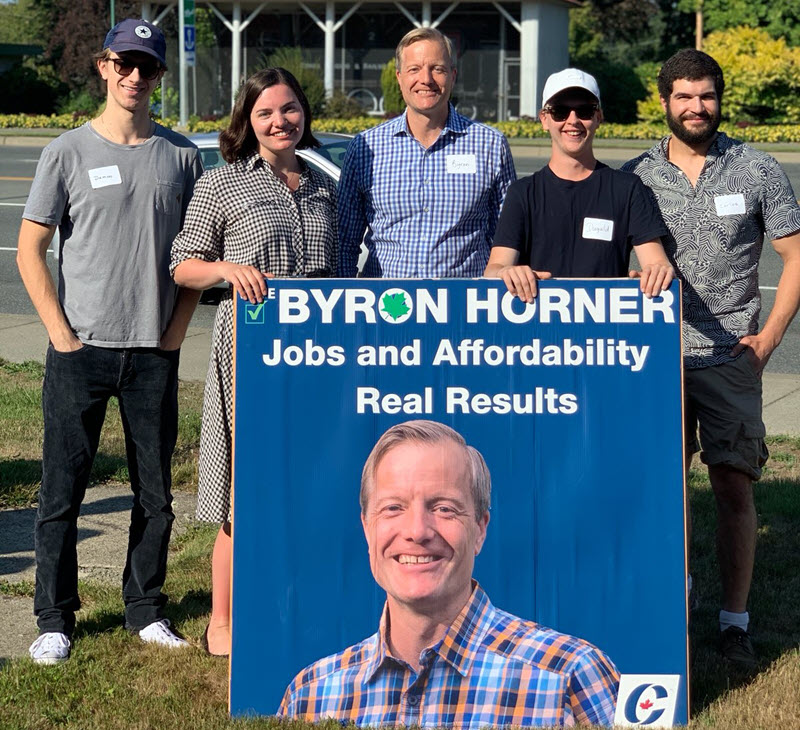 Supporting Independence for Seniors and Veterans, including Accessible Healthcare

To support seniors the Federal government should consider: 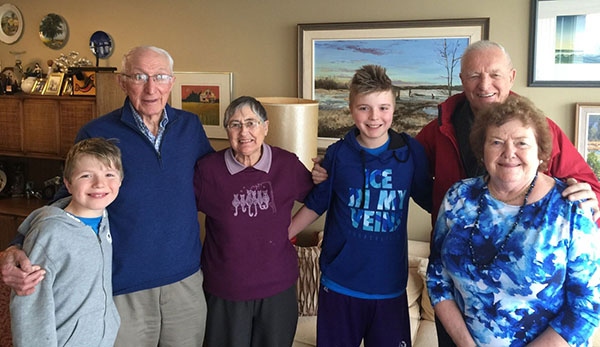 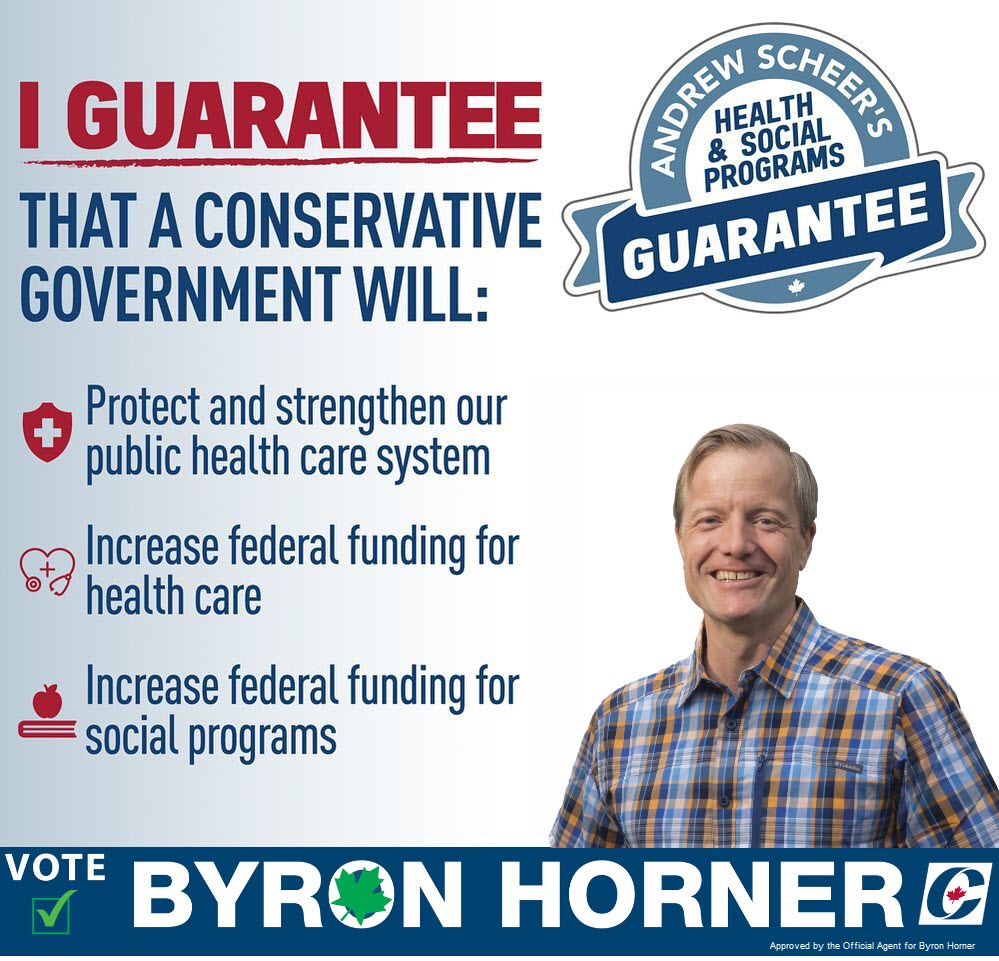 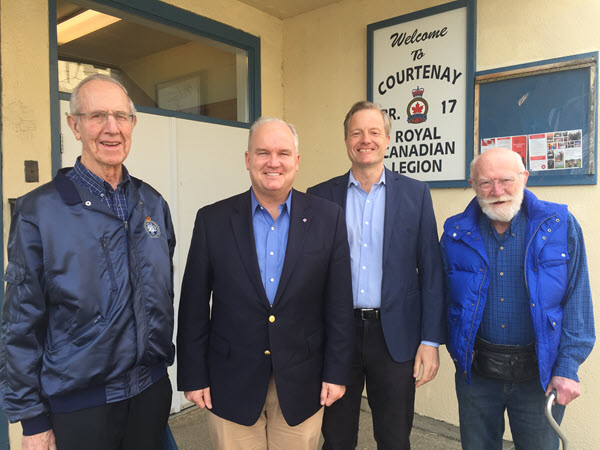 As it relates to Veterans, Conservatives believe that Canada and its Veterans share a social covenant and that the Government should be committed to providing the best possible services and benefits for Veterans and their families. We need to change the culture at Veteran Affairs from an "insurance culture" to a "service-oriented" culture. This requires leadership from the highest level.

Fighting Crime in the Mid-Island

A Conservative government would implement a comprehensive plan to reduce crime in our communities. I would cooperate with all levels of government to help solve the crime epidemic in the Mid-Island. Statistics Canada shows that between 2017 and 2018 crime was up 45% in Parksville and 39% in Qualicum Beach. Maclean's listed Port Alberni as the most dangerous city on Vancouver Island and the RCMP has deployed a special unit to combat organized crime in the Comox Valley.

A Conservative government would amend the criminal code and sentencing guidelines to support the RCMP and give appropriate sentences to gang members and repeat offenders who resist treatment and rehabilitation and who destroy the bonds of trust in our communities.

All levels of government need to work together to help Canadians with mental health and addiction issues. We need to treat the addicted and mentally ill, help reduce homelessness and property crime.

To reduce crime and to have a strong economy we need to include everyone. Economic development and social inclusion go hand in hand.

Safe Communities: Cracking Down on Gangs

Supporting the Public the Fishery on Vancouver Island

The sport and recreational fishery (public fishery) is critical to the economies of our local communities in the Mid-Island.

We need a balanced scientific approach to supporting wild salmon, conducting habitat restoration and expanding enhancement on Vancouver Island. The Mid-Island needs an MP in government to have an effective voice with DFO.

British Columbia is a world-famous destination for sport fishing, which contributes $1.1 billion to the Canadian economy every year and over 9,000 jobs. Some 300,000 annual licence holders who depend on BC’s public fishery for recreational and subsistence fishing are impacted by the latest closures, as are numerous businesses in the fishing, tourism, transportation, retail and accommodation sectors. 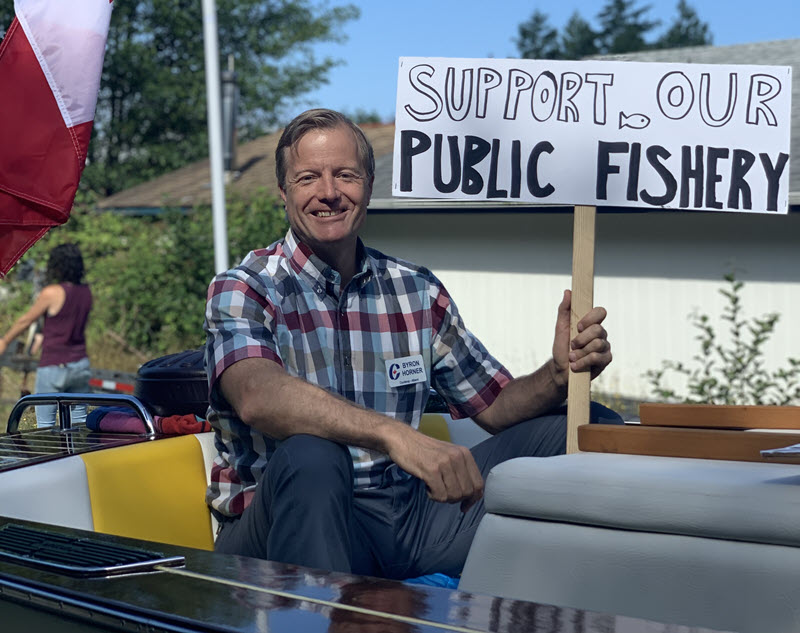 Working with the Conservative members on the Fisheries Committee in Parliament we proposed that the Federal government study the socio-economic impact on the public fishery, small businesses and coastal communities in British Columbia of unrelenting reductions of access to fisheries caused by the federal government’s preference to close fisheries rather than support balanced fishery enhancement and habitat restoration to grow fishery populations.” The Conservative proposal also sought an assessment of “other measures that could deliver increases in chinook salmon stocks.” Our proposal was voted down by the Trudeau Liberal government.

A Conservative government will take a balanced scientific approach and support our public fishery.